Following a devastating monsoon deluge earlier this year–with record rainfall volumes some 83% higher in parts of Kerala than the annual average–the southern Indian state stands bewildered and bereft. Much has changed here over time, both in the geography of the land and the mindset of its people, which begs the question; how can Kerala stand strong against a changing climate in the years to come?

For those who have visited, Kerala is a balmy, palm-thronged junction of waterways, jungle, hills and plantations; crowned by the formidable Western Ghats — the mountainous spine of the Indian west coast. Like the rest of the subcontinent, it is more inhabited than most places, yet it manages to retain a sense of wilderness. The commuter train of wild lands.

The human history of the Ghats is centuries old and, largely, harmonious. The indigenous communities existing amongst the mountains felt little threat from local wildlife, in keeping with ancient Indian values which hold a certain sacred reverence for the flora and fauna that call these forested hills their home. Agricultural projects such as spice and coffee plantations, perhaps by happy accident, managed to maintain the delicate ecosystem in which the native wildlife could thrive — or at least shelter a while.

Then with colonialism’s march in the 1800s, came big plantation business. Tea and rubber replacing traditional forest and paddy crops along the temperate uppermost reaches of the Keralan Ghats. Now one of the most iconic hallmarks of the area, manicured gardens and hill stations transformed a once sensitively cultivated, even wild, range. And so began Kerala’s reconstruction, from wildlife haven to commercial enterprise and, more recently, tourist magnet. Today, only about 25% of the mountain range remains cloaked in forest and only half of that is strictly protected.

In spite of this, the Western Ghats are cited as one of the eight “hottest hot-spots” for biodiversity on the planet. They are home to more than 16,000 species of plants, mammals, birds, amphibians, insects, and fish, many of which are endemic. And it’s suggested that the Ghats house over 300 globally threatened species and an inestimable number of yet undiscovered organisms.

The characteristic montane forest ecosystem found in here is believed to profoundly influence the vital Indian monsoon. During the wet seasons, the mountains form a land barrier, with east-bound rainclouds depositing most of their water onto the western side of the ridge before having chance to ascend the higher gradient to the Deccan Plateau. It’s this monsoon cycle which regulates the warm tropical climate of the region, and even the most subtle changes in the ecosystem which precipitates it could have consequences of catastrophic proportions. This year’s monsoon may be indicative of a delicate — and simultaneously all-powerful — weather system in freefall.

And herein lies the problem. Long after the original tea moguls left their plantations to an independent India, these hills have continued to be ransacked, leaving them vulnerable and ill-equipped to offer shelter to wildlife or vital water regulation for the lands fed by the many river systems originating and passing through here. 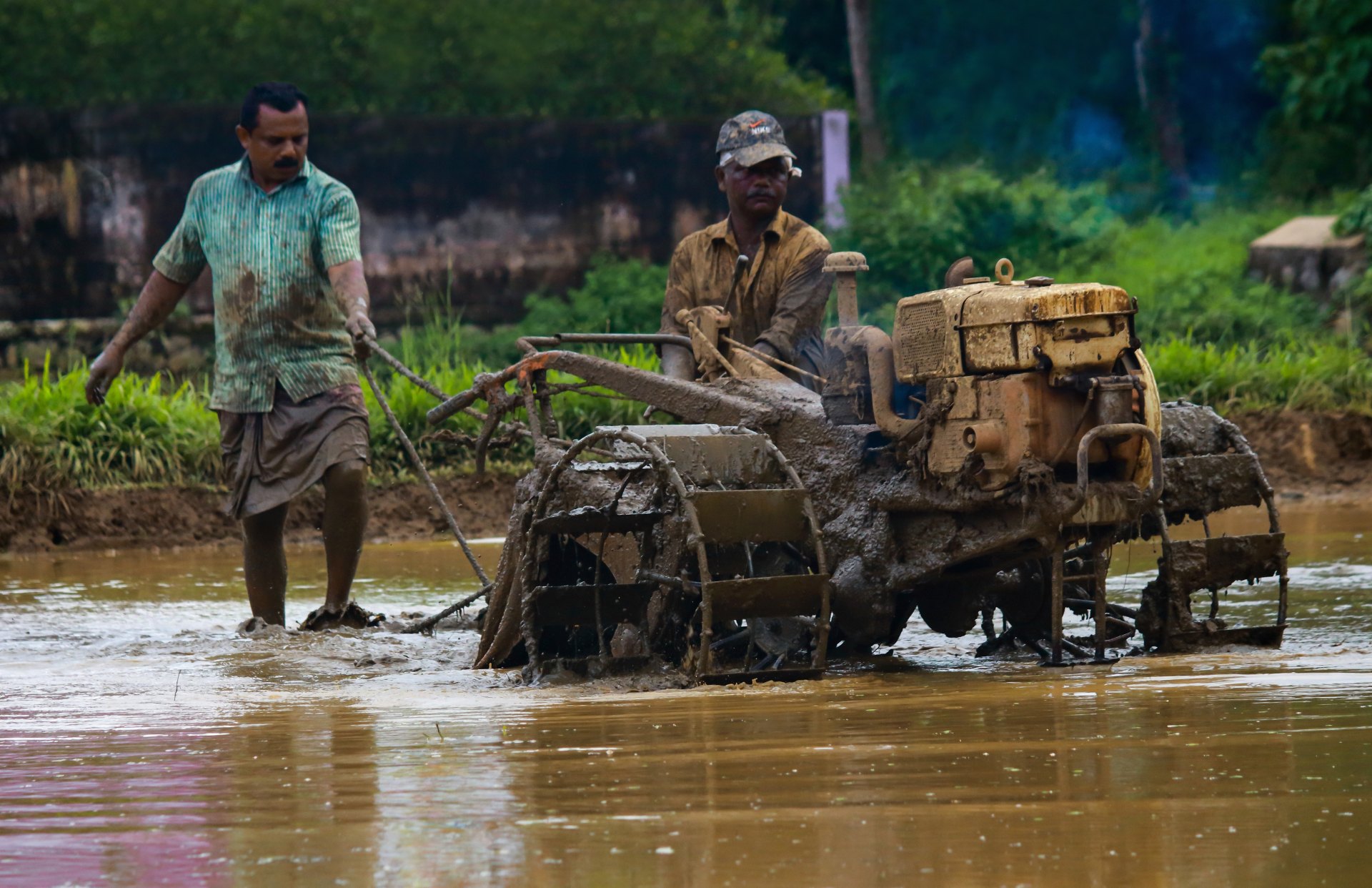 As the population of the Indian subcontinent has grown, so has the spread of plantations, pastures, roads and all other infrastructure needed to support human life; impinging heavily on wilderness areas which provide an important ecological service to the land at large. Today, tea and rubber form a major land use of the Western Ghats — a legacy of pre-independence India that threatens to strip it of its bond with the natural world and swallow ups its villages in rising floodwaters.

In 2011, the Western Ghats Ecology Expert Panel (WGEEP) — headed by globally respected Ecologist Madhav Gadgil — was tasked with producing a report on the WGs and their ecological sensitivity. What it found was that the widespread human destruction of tropical evergreen forests was contributing to a disastrous environmental shortfall.

Some 40% of Kerala’s 5,924 granite quarries were sited in areas of extreme ecological sensitivity, the report found. In watershed regions, of which the Ghats are one, areas stripped of their tree and soil cover are less able to absorb the excess waters of the monsoon rains and their swollen rivers. Subsequent erosion makes future flooding more probable and recovery of the land harder. So it’s little wonder that, when faced with unprecedented volumes of water, the land gives up the ghost and the torrents make their way toward human encampments.

“Kerala had been warned several times by various Indian ecologists, academic[s], thinkers and writers that it should take care of the Western Ghats”.

On a larger scale, the rainforests of the Western Ghats, like their sister forests across the globe, act as a massive carbon filter, or ‘sink’, soaking up excess greenhouse gases and protecting the planet from global warming. This key environmental function is, too, being disrupted by human activity. So the destructive forces of deforestation will be felt far further afield than Kerala. For now, though, those living in the shadow of the Ghats will have to wonder when the next spell of unpredictable weather will arrive and how the hills will cope with it.

Despite recommendations from the WGEEP to significantly reduce the human impact on this fragile swathe of land, development marches onward. A subsequent report recommended that just 37% of the land occupied by the Ghats be brought under Ecologically Sensitive Area (ESA) zones and their prohibitive protection, for fear of upsetting the human/political contingent.

There’s a sharp juxtaposition to our occupation of wildernesses. On the one hand, there’s the fundamental right to earn a livelihood and feed a family, which is something that fertile land has always afforded us. But then there’s the short-sightedness of our endeavours. That aspect of human nature which has, historically, only allowed us to see past the end of our noses and not a lot further. A great deal of time has been spent trying to cultivate and tame what’s rugged when it was, by some irony, the very custodian of everything else around it.

Kerala’s floodwaters may have come from the rivers and full-to-bursting dams which permeate the land, but they have their origin in those first 600 kilometres of colonial tea plantation, somewhere around 1877.